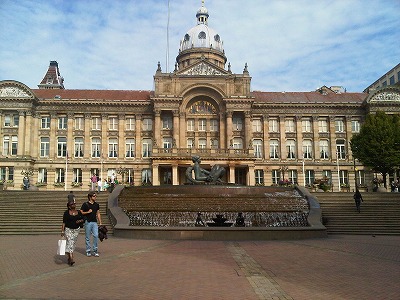 This year, 2012, is definitely a year for Britain as it had Diamond Jubilee and 2012 London Olympics, which ended with great success. Some people still remember vividly its excitement and enthusiasm. As you might know, I was in Britain last year. More specifically I lived in Birmingham. To my surprise, some people tell me they have been to Birmingham, so I often ask them why they visited Birmingham. They seem to be puzzled by the question. Their response is very simple “because it’s very famous”. They mistakenly regard Birmingham as Buckingham Palace. Buckingham palace is actually in London while Birmingham is somewhat far away from London (90 mins by Train). Although it is not a tourist city, it is still worth visiting Birmingham. Why not find out the reality of the second biggest city in Britain?銀座校講師 HIROSHIです…撮影：HIROSHI