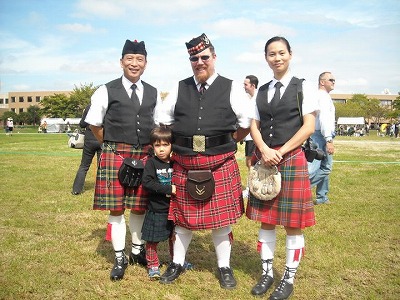 Hello! My name is Ross and I’m from Scotland. Scotland is part of the UK, for many people the concept of the UK and what countries make up the UK is a little difficult to grasp. Scotland population is just under 6 million much less than England. A long time ago Scottish people used to speak Gaelic, even today in the north of Scotland some people still do, its a dead language but we still use many words. Scotland has 2 main cities; Glasgow (my city) and Edinburgh (the capital). The national dress of Scotland is the kilt, which only men wear, the pattern on kilts is called ‘tartan’ and each family has their own design and colour. Ceilidh (a Gaelic word) dancing is the national dance, children learn to Ceilidh dance in school and for special events such as weddings Ceilidh dancing is very common. The national dish of Scotland is ‘Haggis’, if you hear the ingredients you would probably not want to eat it but actually its delicious!Scotland has a festival called the highland games, which is actually celebrated all over the world. I went to the highland games in Chiba 2 years ago. If you haven’t been to Scotland i recommend it! However there’s not perfect time of year to go, as it’s usually cold and raining! 銀座校インストラクター ROSS