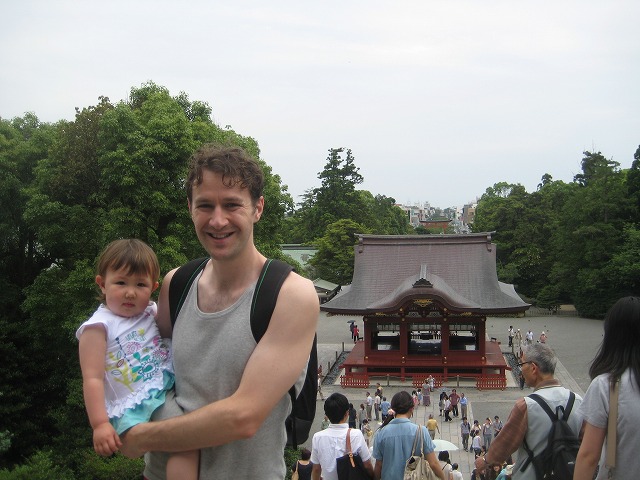 We recently had a really good day trip to Kamakura. It takes about an hour to get there from Tokyo by train. Kamakura was very busy even though we went on a Monday. Remind me never to go to Kamakura on a weekend or on a bank holiday! We set off late so it was already almost lunchtime by the time we arrived there. We quickly found a restaurant and got seated before the big lunchtime rush. I ate soba and tempura which was delicious. Afterwards we made our way up the hill to a large shrine, Tsurugaoka Hachimangu. There had been a huge 1000 year old ginkgo tree growing in front of the shrine but unfortunately only the stump now remains. The tree fell over two years ago (due to rot). It was nicknamed“the hiding tree”because, according to legend, an assassin once hid behind it. You could still hide behind the stump! hey have replanted part of the old tree nearby and that is sprouting which is really nice. We also saw the Great Buddha and the beach before making our way home. Of course there is a lot more to see at Kamakura. I’d love to go to Kamakura again sometime. 銀座インストラクター JEZ