Mikan If You Can 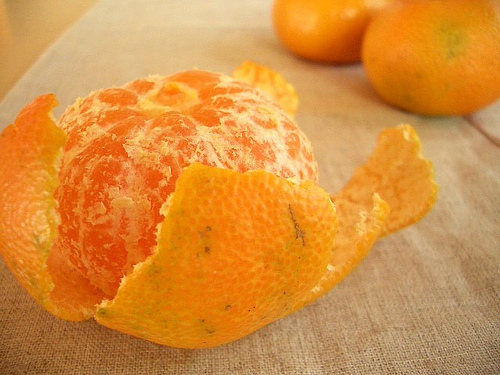 One Canadian custom that I miss in Japan is waking up on Christmas morning and finding a “Japanese Mandarin” (みかん) in the toe of my stocking! This is a tradition that Western Canadian children have enjoyed every Christmas for the last 130 years. Way back in the 1880s, when Japanese immigrants were helping to build Canada’s first coast-to-coast railway, they’d receive Mikan as gifts from their relatives back in Japan at this time of year. The custom of giving these seedless, easy-to-peel oranges at Christmastime was adopted by their Canadian neighbours and soon became a new tradition. A family of Canadian fruit farmers (the Oppenheimer brothers) saw great potential here and formed a relationship with the Japanese growers and began importing the citrus fruit directly. Today the Japan Fruit Growers Cooperative Association oversees the produce export and one farmer, Fumio Mizuta from Shizuoka City, ships 5 tons of them per year!continues…仙台校インストラクター Michael