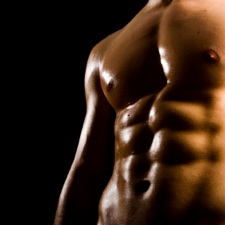 Recently I have been getting a lot of exercise. This is because I want to get in shape. So I have been riding my bicycle to Izumi from Sendai station. At first it was really hard. Not only because of the heat and humididy in August but because I was not used to riding my bicycle that far. I think it is about ten kilometers. I assumed it would take an hour but to my surprise it only took forty-five minutes the first week or so. After that I started to ride in the street which cut the time down to thirty minutes. In addition to riding my bicycle to work for exercise, I also go the the gym about three to four times a week. I lift a lot of weights. I want to become really strong. So far I am very motivated and never skip going to the gym. Please wish me luck. I know I will become 筋肉MANRich