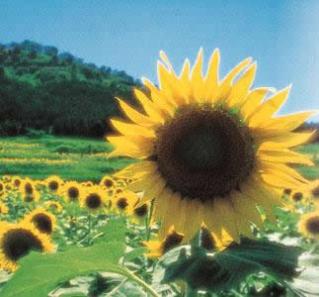 Hot enough for you? The temperature has soared the last few days and it is now difficult to do much in the sweltering heat. 2 weeks ago though, I took advantage of a cloudy overcast day and decided to go for a long bike ride. I hopped on my mountain bike at noon and started pedaling toward the seaside from my Wakabayashi home. I didn’t really have a plan of where to go or a map, so I just wandered aimlessly along the main route until I got to the river. I followed a path beside the Nanakitagawa River and was soon beset by several sunflowers along the side of the trail. A sign stated that this was in fact ひまわりロード (Himawari Road) yet unfortunately there were very few in bloom. As I approached the ocean, the smell became more intense and to my left and right there were several sludgy ponds that still had some detritus within due to the recent tsunami. I tried to access the sea from there but was blocked by construction sites repairing the damaged seaside. I gave up on this leg of the journey and head towards Tagajo. As I approached the Kirin Brewery I was astonished to see a siege of cranes perched on a small grove of trees right next to a power station. There were a couple of hundred of the squawking birds happily calling to each other and giving me dirty looks. I snapped several photos and continued past the Brewery to the Ferry Wharf. It wasn’t quite as stinky as before and I enjoyed the fresh sea air for a while.・・・・つづく。仙台インストラクター 舞蹴