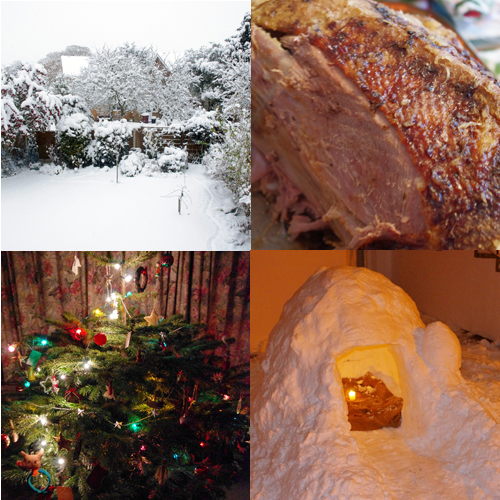 There is a great pleasure in returning home after a long absence. Friends and relatives missed, suddenly become real again, the sights and smells of forgotten memories become reacquainted, things are both familiar and yet different, new and somehow old at the same time. Waking the first morning, in my old bed, in my family home, on the first day of my month long trip to the UK, was still a shock. When I looked out the window there was a thick blanket of pure white snow. Not the snow I remember as a child, but more snow than I have ever seen in my hometown! It was a jarring change from the warm autumn in Tokyo!We were snowed in for the better part of two days, it was a real shame that I didn’t have my snowboarding gear, not that there are any mountains in the part of the world I come from, before life in the UK returned more or less to normal. I spent much time with my family and visited London to catch up with my friends, when the UK was hit by another bout of snow. We had a snowstorm in the middle of the day where 15cm of snow fell in 2 hours. My friends and I had a great time building a snow cave or igloo, but getting home, driving in the snow, was a little tricky!!Christmas this year, as in recent years, has become more traditional in my family than in the past. We have started to have goose instead of turkey, which is actually an import from the US, for Christmas dinner. This year, however, my sister’s husband brought a goose he had raised on his community farm. It was already dead, but Christmas Eve was spent plucking and gutting it, ready to be cooked the next day. It was delicious, much tastier than one bought from the supermarket!!Thankfully the snow had all but disappeared by the time it came for me to return to Japan. Heathrow had been shut, but everything was running smoothly again by the time I left. That much snow in December was strange, maybe it’s global warming or something, but, although I am enjoying the relatively warm and sunny winter in Tokyo, I do miss home.新宿インストラクター TM