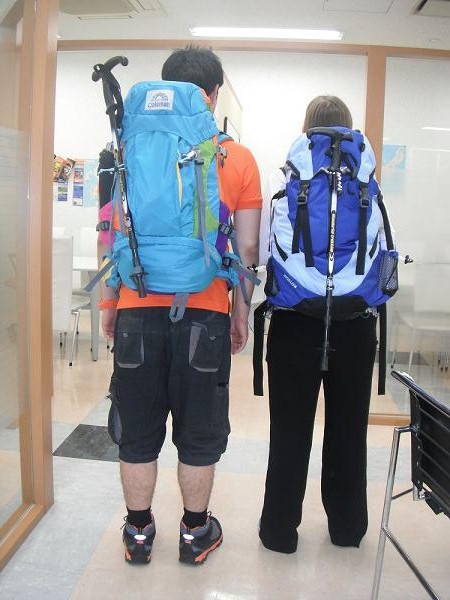 For the year 2010, I had one New Year’s resolution. It was to climb Mt Fuji. How silly I was! It was physically the most terrible, painful and exhausting experience of my life. I went during Obon, during the peak period. The first day was pretty easy, we climbed and stopped at level 7. We ate burger and spaghetti, and tried to sleep for a few hours. I was too excited, so I went oustide the lodge. The view was beautiful, the stars were very bright and I could see tine fireworks down below in the nearby towns. Hell began later when we had to start climbing again at 11pm. For 5 hours, with a head torch, we were climbing rocks and waiting as thousands of people in front were making their way to the summit. On our breaks, we could see the milky way and even shooting stars! "Make a wish, make a wish!" people said. I wished my muscle pain would go away. Luckily we arrived in time to watch the sunrise at the top of the mountain. I was freezing and in pain so I was more interested in the oshiruko. I thought going down the mountain was much easier because I was dreaming of the air conditioned bus. On the way back to Tokyo, we went to the Onsen. This was the first time I went. To my surprise, the muscle pain disappeared instantly! I would like to try climbing Mt Fuji again. Next time, I hope I will enjoy it more!銀座インストラクター CTY